The inaugural Inspired Dance Film Fest Australia (IDFFA) attracted 70 entries from 16 countries, from which 13 short films made the finals. These were given a handsome big-screen showing at Hoyts Cinema in Sydney’s Entertainment Quarter as well as being screened online, offering proof – if it was needed – that dancemakers are a diverse lot.

Just when you think they are all busting to break out of a theatre or studio setting and into the great outdoors, there is a dizzying spinning camera’s eye view of a solo dancer confined to four “walls”, appropriately titled Small World.

Between these extremes, locations take viewers into a cabaret venue, backstage at a theatre, a single room, romantically decrepit old warehouses, and, amazingly, underwater.

The emphasis on locations appears to reflect the cinematic role in these projects, freeing up the action. While dance was pivotal, dance creativity did not appear to be the prime objective.

Yet the unusual circumstances and the desire to tell a story often produced movement and theatricality that touched the emotions and the imagination.

Two of my favourites happened to be vying for the best student film in the selection of awards.

Georgie Fabien’s Scarlet Rose, an Australian entry with cinematography by Ben Montague, is sharp and witty, with some crisp cabaret dance. But the prize was won by China’s Jiang Xiong for the hauntingly beautiful Apple, which is set in a spectacularly preserved Chinese village.

“Best of the Fest” was awarded to Traces from Spain, an intriguing scenario when two lives collide, unknown to each other, in a single living space. (Box and Cox to followers of Gilbert and Sullivan.) Cleverly edited to splice their similar existences, their shared domain revealed only by objects they leave behind – a book, glasses – Traces excels in its theatricality, athletic dance, and cinematic vision.

Best Australian film, Reminiscence, has choreography and performance by Lucy Doherty and Sarah Boulter, with cinematography by Patrick Mazzolo. In graceful, introspective moves, it captures a relationship in which the partner is portrayed only by a pair of supportive hands – until right at the end. Cleverly done.

The program ended peacefully with the best film production winner, Liminality, from the USA. Its seemingly continuous scenes of a dancer swirling around underwater are a breathtaking credit to performer Annali Rose and cinematographer Jennifer Akalina Petuch. 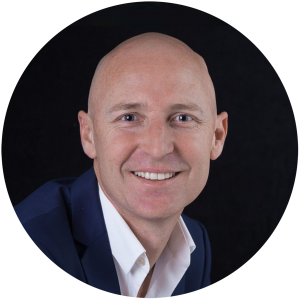 Inspired Dance Film Festival Back in 2021

Don’t miss this opportunity to shine your talent on the Big Screen. Limited Spots Available. 😍🔥🕺

Do you want to feature in a contemporary dance video choreographed by celebrated contemporary dance choreographer Sarah Boulter, choreographer of Dance Academy: The Movie, So You Think You Can Dance - Australia and UK, and television series Puberty Blues, that will be showcased on the Hoyts Big Screen at Inspired Dance Film festival 2021? ⠀
⠀
Be a part of 'The Dance Film Experience'⠀
Sunday 11 July, 10am - 1:30pm. ⠀
For dance students 13-17yrs.⠀
⠀
Do Not Miss this opportunity to shine your talent on the Big Screen. ⠀
Limited Spots Available. 😍🔥🕺⠀
⠀
Book Now at inspireddance.com.au/yf/booknow⠀
⠀
#IDYFF #IDYFF2021 #dance #dancing #dancer #viral #trending #dancemum #dancelife #dancevideo #danceflix #danceteacher #choreographer #choreography ...

Find out what inspires @jasongilkison on our chat series, On The Couch. What inspires you? We'd love to know. Feel free to share in the comments 🎬🕺⠀
⠀
Tickets Are Now On Sale for IDYFF21!⠀
⠀
Book Now at inspireddance.com.au/yf/booknow⠀
⠀
#IDYFF #IDYFF2021 #dance #dancing #dancer #viral #trending #dancemum #dancelife #dancevideo #danceflix #danceteacher #choreographer #choreography ...

Do you struggle with creative blocks or confidence in yourself as an artist? Join this FREE talk with Will Centurion where he gives you tools to understanding and overcoming your creative hurdles, how to face and overcome challenges, find ways of coping, understand feelings and behaviours and build creative confidence.🔥😍💃⠀
⠀
Book Now! inspireddance.com.au/yf/booknow⠀
⠀
#IDYFF #IDYFF2021 #dance #dancing #dancer #viral #trending #dancemum #dancelife #dancevideo #danceflix #danceteacher #choreographer #choreography ...

Love both dance and filmmaking? We have the perfect opportunity for you! Join us for this awesome dance workshop happening at IDYFF 2021 July 9-11!🔥🎬💃